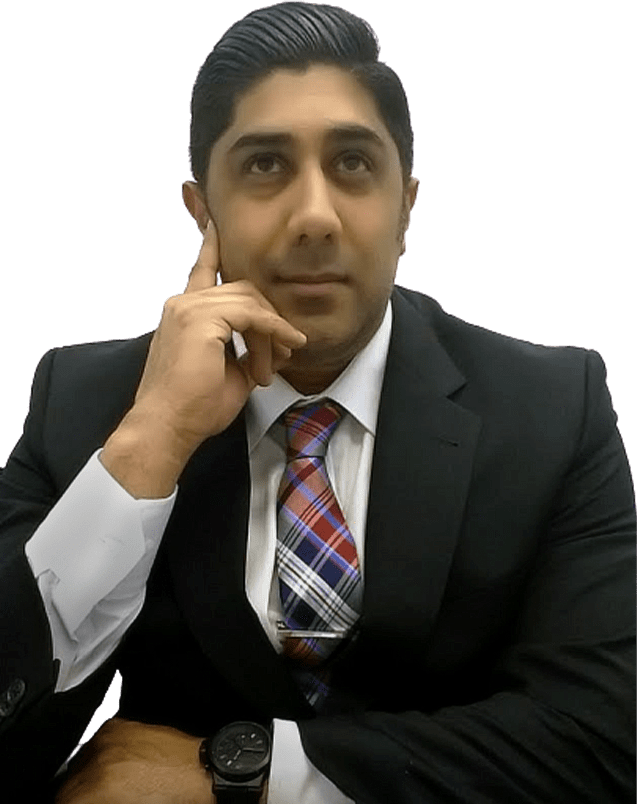 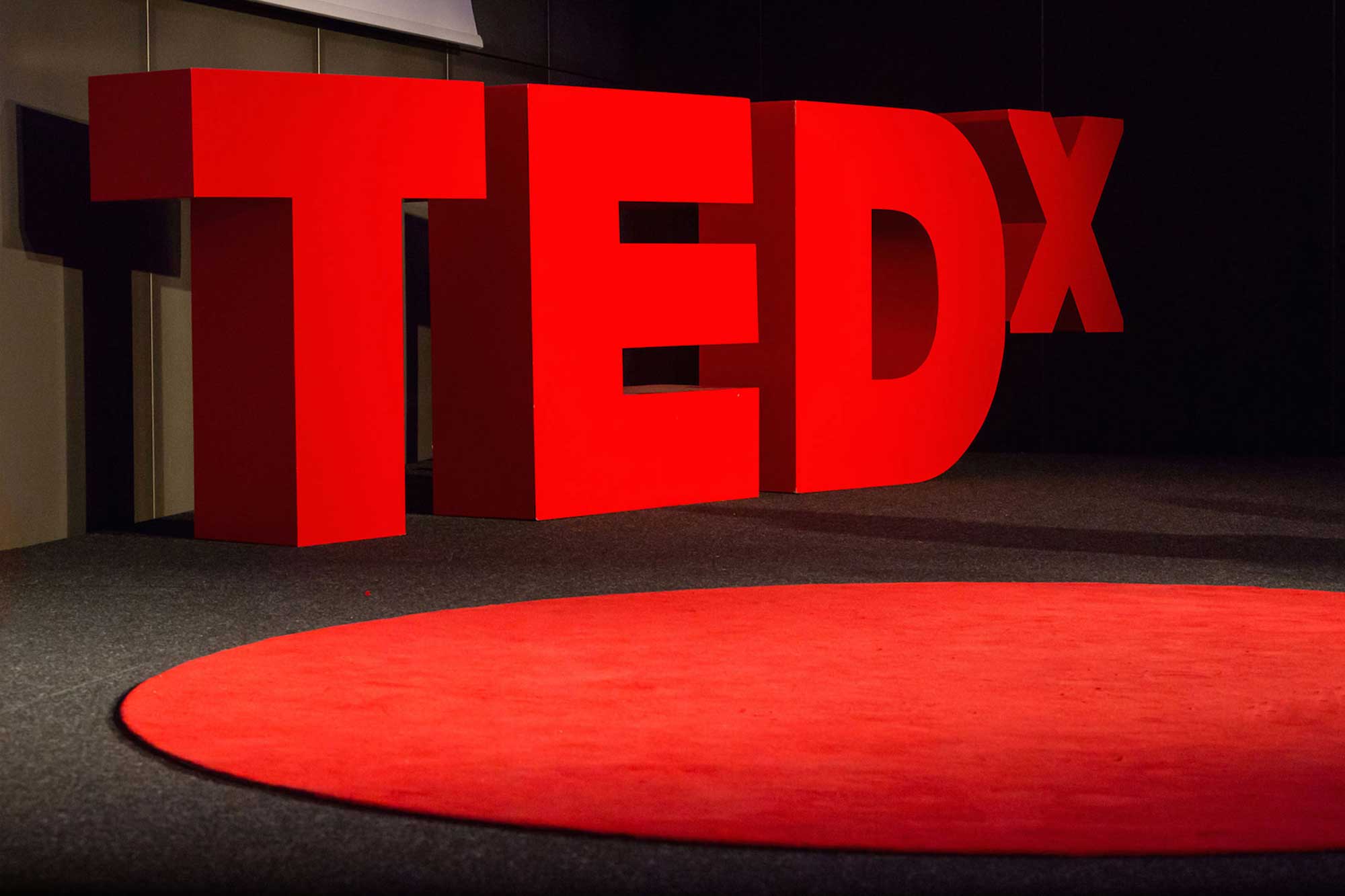 Hassan Akmal is an American career and life mastery consultant, author, professor, thought leader, philanthropist, and former professional tennis player, model, and athlete ambassador to the United States. He is best known for his Amazon best-selling book—How to be a Career Mastermind™: Discover 7 “YOU Matter” Lenses for a Life of Purpose, Impact, and Meaningful Work and humanitarian work dedicated to Forced Migration and Health.

After over a decade as a senior leader in career services, he became the Inaugural Executive Director of Industry Relations and Career Strategies at Columbia University in 2017 and founded the Career Design Lab. In 2018, he served on the National Association of Colleges and Employers (NACE) “Future of We” — Advisory Think Tank Committee and is a senior advisor to Graduway, a top 10 in Tech prominent start-up. In April 2019, he delivered the keynote address on the “Future of Career Services” at the Global Leaders Summit hosted by Graduway at UCLA. He also serves on several other prominent boards internationally.

Akmal began a new role as the executive director of the UCLA Career Center in February 2020, before transitioning to UCSD in September of 2021, and is currently helping lead an ambitious re-imagination of career services. 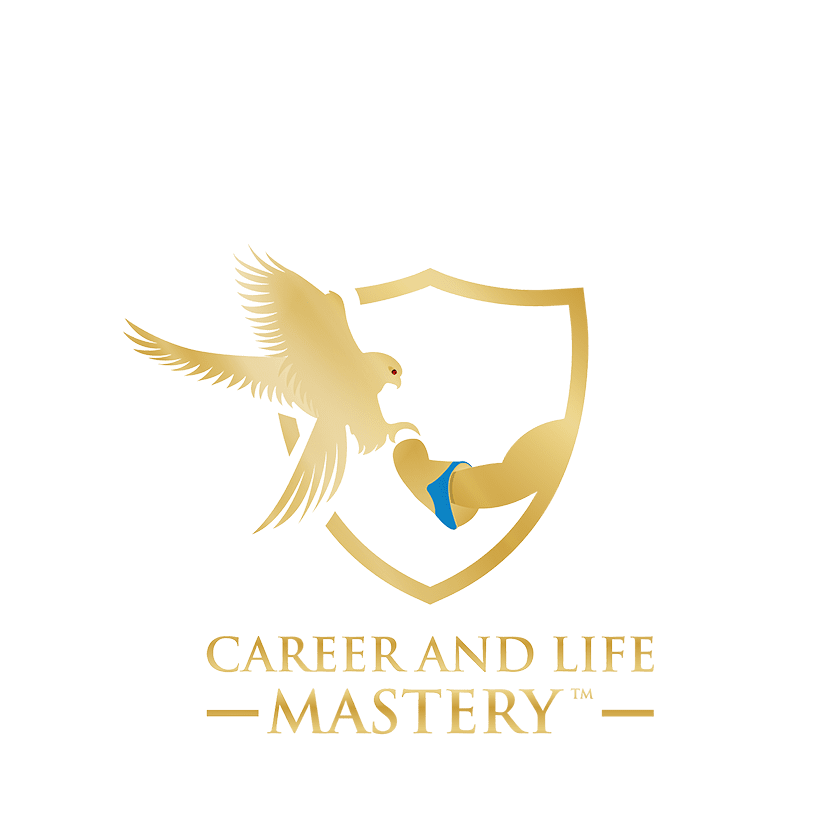 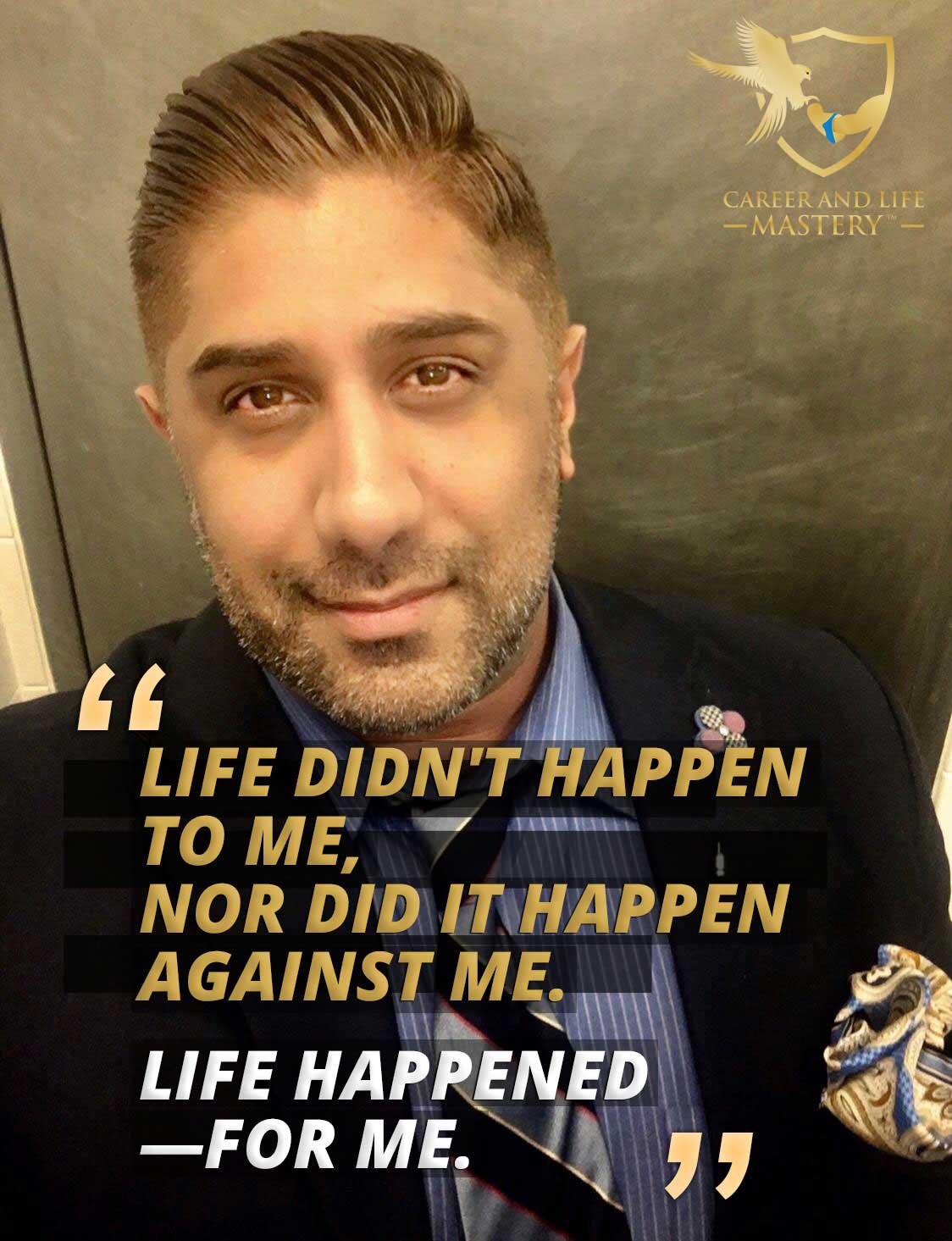 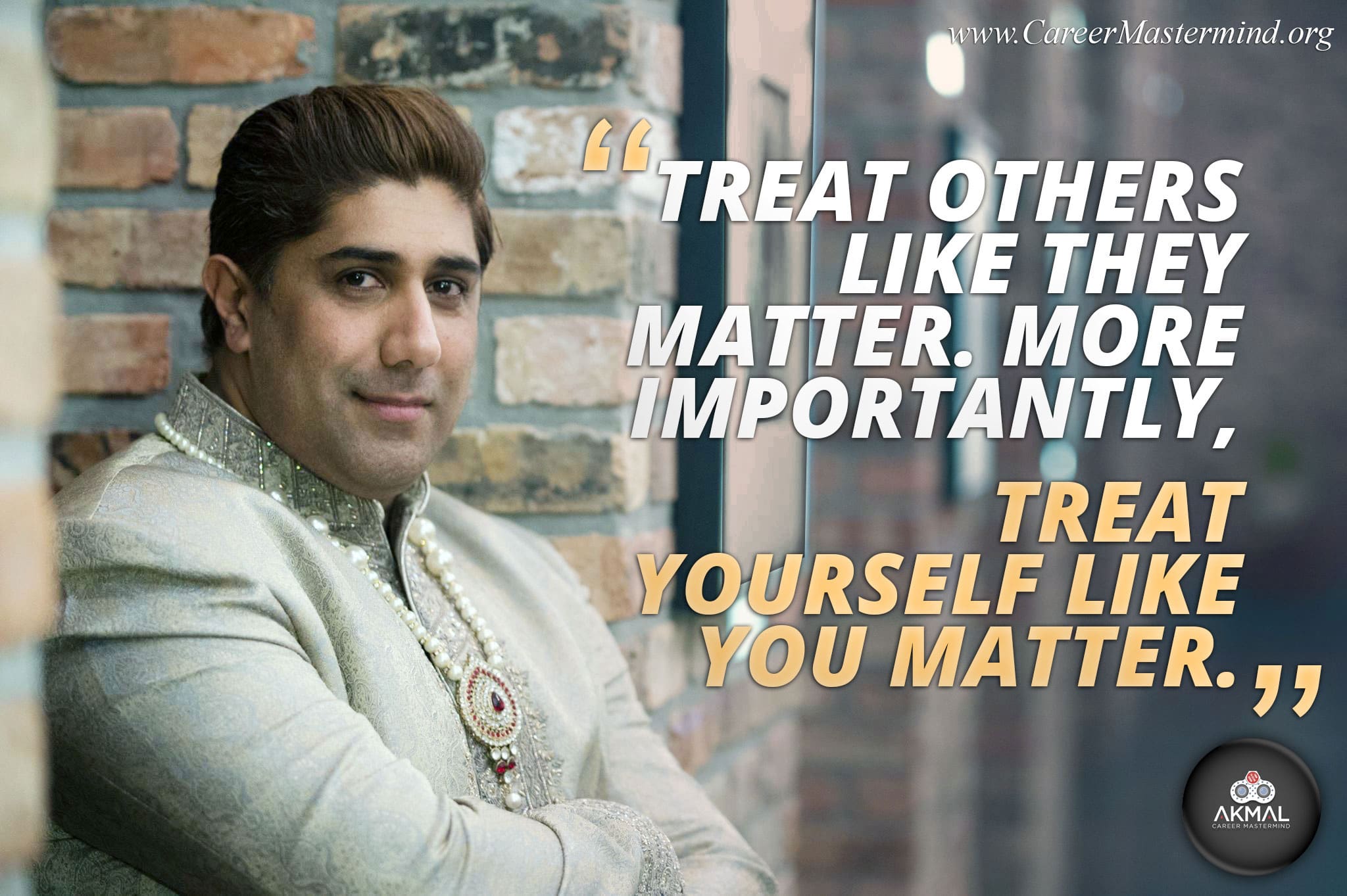 Akmal comes from a family originally from South Asia. His parents, Muhammad (deceased), and Imtiaz, migrated to Clovis, California where…

Akmal comes from a family originally from South Asia. His parents, Muhammad (deceased), and Imtiaz, migrated to Clovis, California where he grew up. After his birth, his family remained in the United States. His parents worked as chemists.

Akmal attended Clovis High School, graduating in 1994. He is an alumnus of the University of California (2001), Los Angeles, where he served on the top-ranked…

Akmal attended Clovis High School, graduating in 1994. He is an alumnus of the University of California (2001), Los Angeles, where he served on the top-ranked division one men’s tennis team that were Pac-12 Conference champions and as a team reached the finals of the NCAA Men’s Tennis Championship in 1999. Following completing his bachelor’s degree, he received admission to medical school but chose to decline to pursue a career as a professional athlete.

After competing in Davis Cup Tennis, he completed his graduate degree at the Columbia University Mailman School of Public Health in New York City. His graduate track was forced migration and health with a focus in epidemiology. He completed his thesis on the psychosocial impact of conflict on children and graduated in 2004, wherein one of his proposed resolutions was the creation of a mental health development program in collaboration with Right to Play. This organization gives children a chance to become constructive participants in society through games and sports, regardless of gender, disability, ethnicity, social background, and religion. Consequently, he attended the Right to Play’s Athlete Training Forum in New York City on April 22-23, 2003 with some of the most notable names in sports including Tiger Wood and Wayne Gretzky.

In addition to English, he is fluent in Urdu and Spanish.

Akmal’s career spans more than a decade of impressive trajectories. Early in his career, he became interested in global health and worked with multiple non-governmental…

Akmal’s career spans more than a decade of impressive trajectories. Early in his career, he became interested in global health and worked with multiple non-governmental organizations (NGOs). Later, he founded Invitation Relief, Inc, a 501 3 (c) organization committed to improving the health and wellbeing of people affected by conflict and forced migration.

In 2008, well-versed in international monetary systems, he was hired as a financial advisor and business development manager of UBS Financial Services Inc., wherein he co-founded the Socially Responsible Investments Affinity Group to educate others about investing and on being socially responsible. He was able to expand this group internationally and use the growth to fund new initiatives geared towards decreasing the marginalization between the rich and poor on a global scale. Also, by working in the finance industry coupled with various exposures in health organizations, he acquired valuable knowledge and insights in the assessment and analysis of worldwide health relief which he used to propose sustainable action plans for the benefit of the underserved nations.

In 2016, he served on the External Advisory Board for Health Systems Management at the Marcella Niehoff School of Nursing, and as a Loyola Chapter faculty advisor for Aahana, a not-for-profit organization dedicated to redressing social inequalities and empowering communities.

As a senior leader in higher education for over a decade, in 2018 and 2019, he spearheaded Columbia University’s “Career Week,” a five-day premier conference on the future of meaningful work — one of the largest career center events in the nation culminating with a Future of Career Services symposium.

In 2020, Akmal has also stressed that during the COVID-19 pandemic, employers would still like to see that potential jobseekers have been actively developing their skills and keeping busy during the pandemic, but that having a gap in formal full-time employment would not generally be looked down upon.

With a heart for service and the ardent desire to commit one’s self to a greater cause, Akmal’s greatest influence was his father. He grew up to stories of displaced…

With a heart for service and the ardent desire to commit one’s self to a greater cause, Akmal’s greatest influence was his father. He grew up to stories of displaced populations and the harrowing plight of refugees and orphans. His father’s teachings allowed him to understand what it means to live life meaningfully; “a life with a purpose” as he was often reminded to take advantage of the opportunities that come with living in the United States. Not for their family, not for himself; for the underserved communities in faraway lands. As a witness to the many fundraising events that his home community organized for the public benefit of the underserved, he learned the importance and influence of leading by example at an early age.

Hassan Akmal Akmal’s interest in public health developed while he was working at the UMMA Free Clinic in South Central, Los Angeles…

Hassan Akmal Akmal’s interest in public health developed while he was working at the UMMA Free Clinic in South Central, Los Angeles. When the clinic was trying to align solutions for funding, his participation in the discussions and grant writing with different agencies in the local, state, and national levels exposed him to various concerns in community health planning. The clinic’s efforts eventually awarded them with federal funding as opposed to the public funding they’re getting in the past.

At the age of 28, when Hassan Akmal was pursuing his Masters in Public Health in Forced Migration and Health with a concentration in Epidemiology at Columbia University’s Mailman School of Public Health, he was almost kidnapped while conducting his internship with Plan Pakistan (Plan International) at the border of Kandahar in Afghanistan.

According to witnesses, Akmal was in the markets of Chaman called Quetta, with his co-researchers when he was approached by several armed men. They proceeded to take his wallet and were attempting to take him away when he miraculously escaped through the store’s front door.

In an interview with Akmal about the incident, this was what he said:
“They probably wanted to hold me ransom to the Pakistan Tennis Federation. They were like, you’re the squash player. We have seen you on TV”.

Akmal has appeared in a South Asian Friends television show and various commercials including for top south Asian fashion brands and Chaitime.com.
In May 2020…

Akmal has appeared in a South Asian Friends television show and various commercials including for top south Asian fashion brands and Chaitime.com.
In May 2020, Hassan Akmal, the Executive Director of the Career Center at the University of California at Los Angeles, talked about Class of 2020 graduates are facing in a new economy in a CGTN America interview. 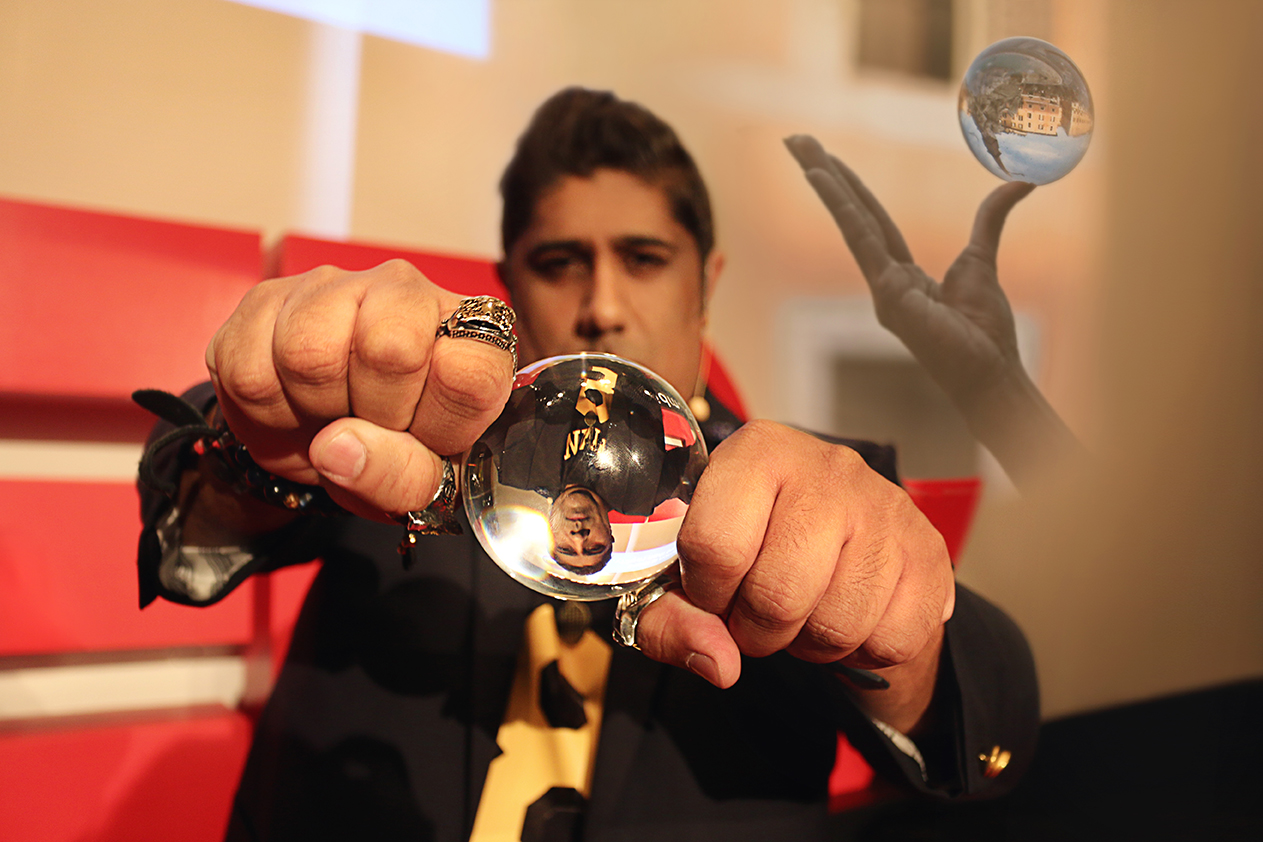 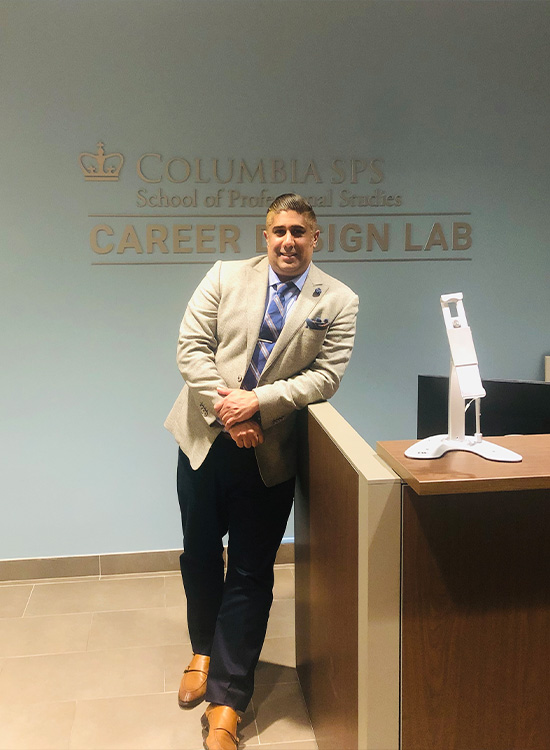 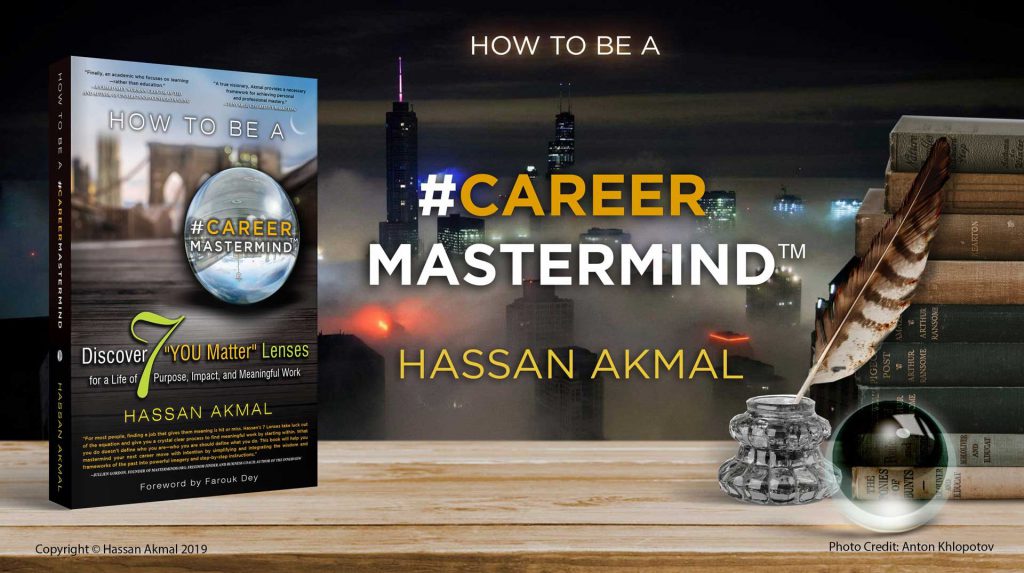 Books and Publications
How to be a Career Mastermind™: Discover 7 “YOU Matter” Lenses for a Life of Purpose, Impact, and Meaningful Work
Play Video
Get Book 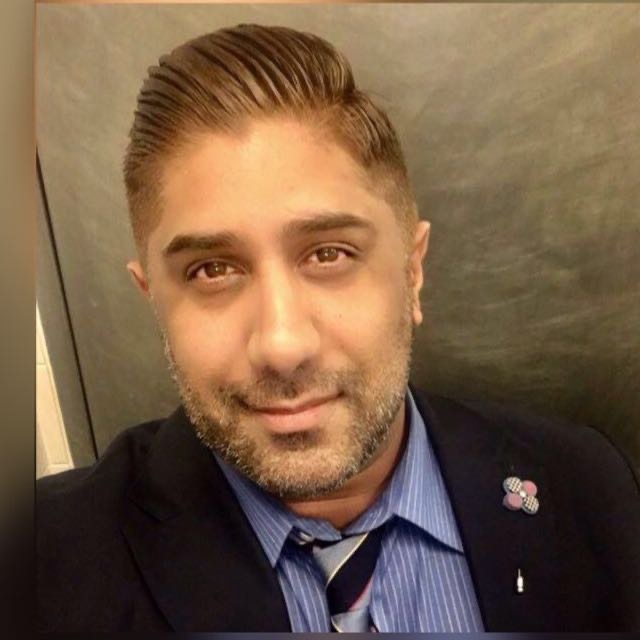 This show is focused on career alignment and your questions. With each episode, Hassan shares career and life hacks, breakthroughs, career strategies and novel ideas that will help you transition and/or advance your career.

This is his success, filtered down into captivating concepts to help you accelerate yours.

This innovative podcast explores provocative topics on building and refining your career and life vision with guests from all over the world.

Episodes
How to be a career mastermind 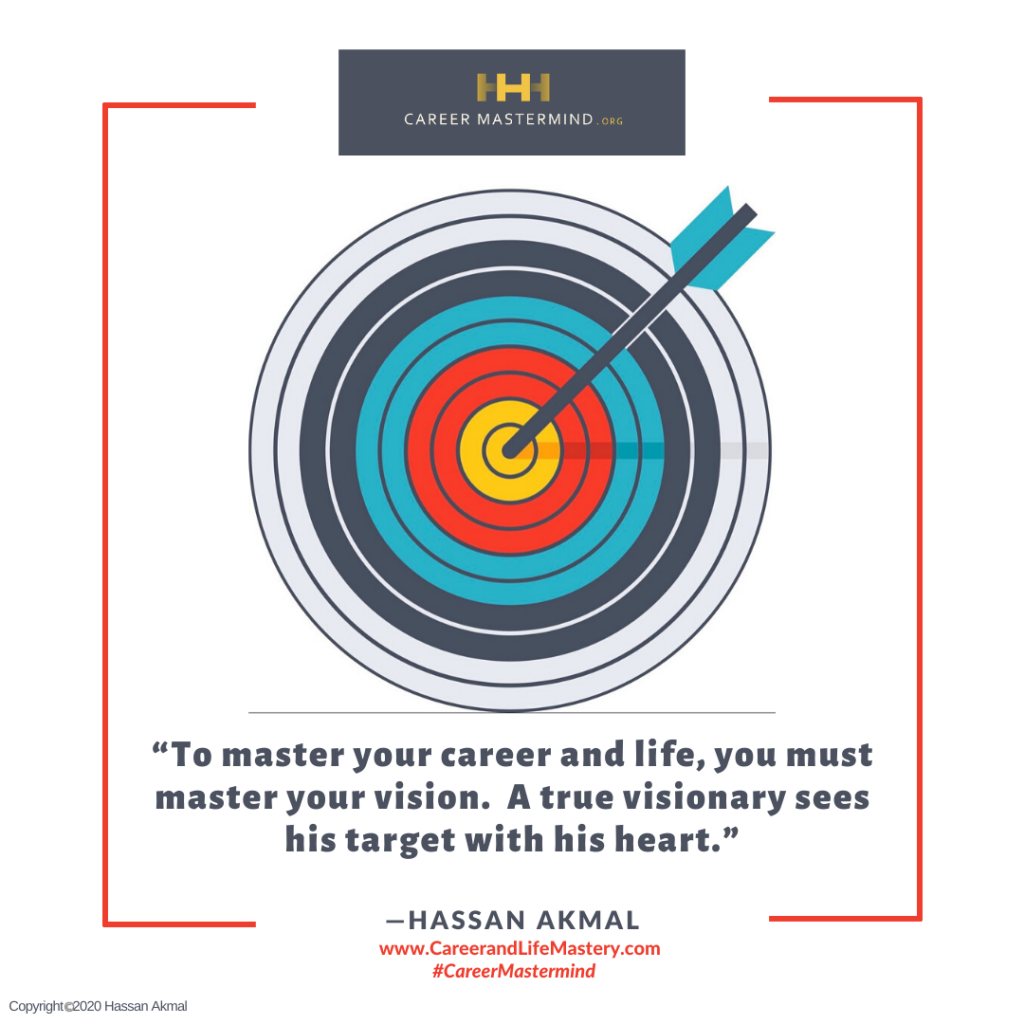 The journey of a Career Mastermind™ is inspired by the falcon—a bird with one of the highest levels of intelligence, speed, and accuracy. At its core, the falcon represents visionary power, wisdom, and guardianship. This powerful bird awakens visionary power, and leads you to your life purpose.

The falcon carries with it a message of transition and change—in the form of the alphabet letter ‘A’, moving upward like an arrow. It reflects the uplifting of career and life mastery to the pinnacle (zenith)—with the proper guidance by the Master’s strong wings of experience.

We are building the next generation of leaders. 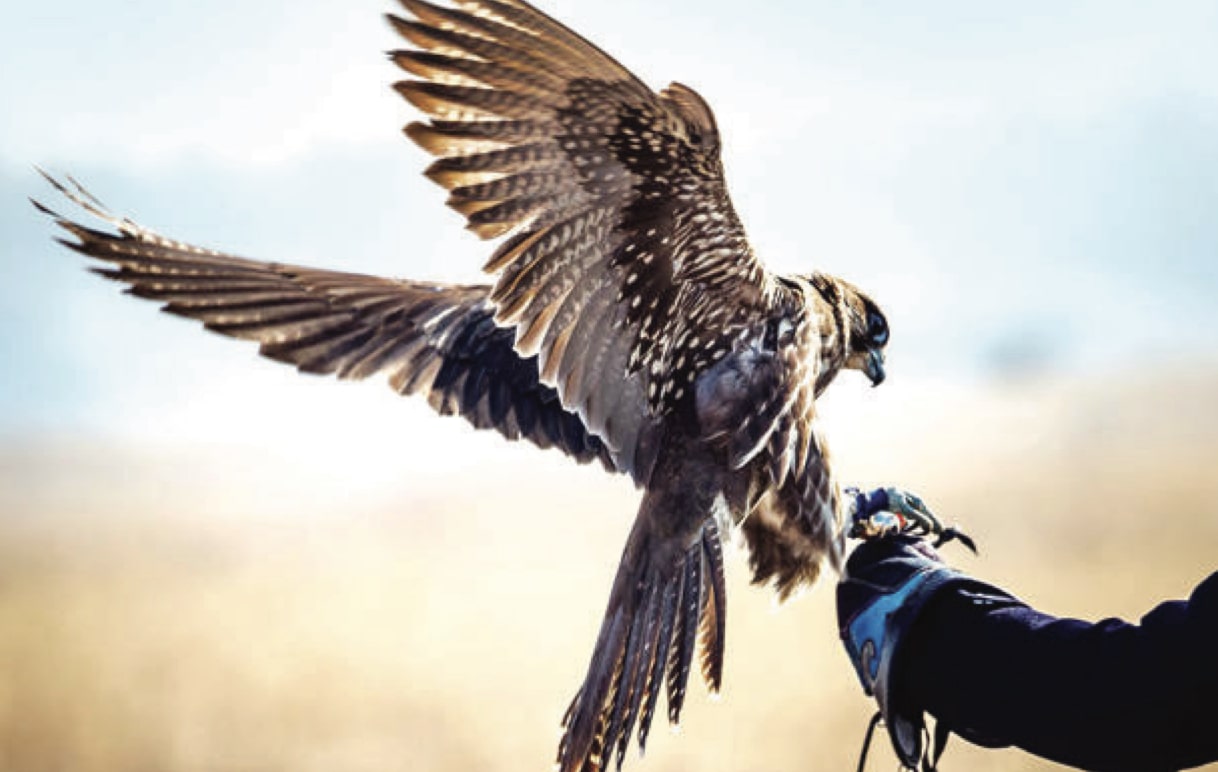 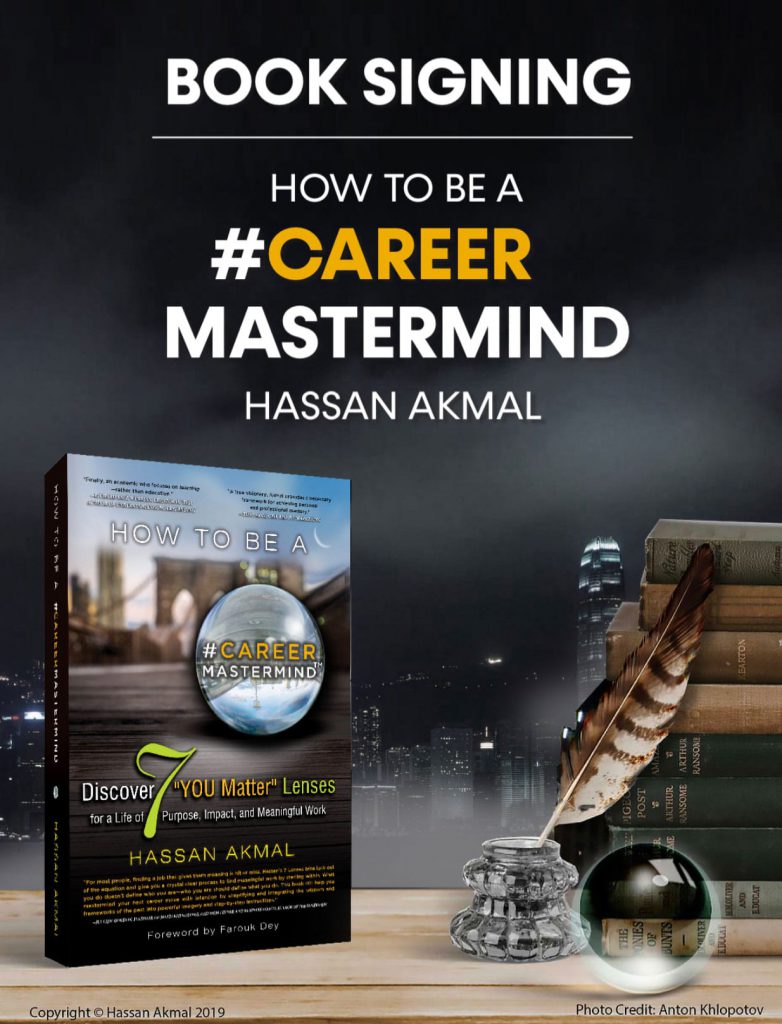 GET HASSAN ON YOUR STAGE (IN-PERSON OR VIRTUAL)

Hassan Akmal is available for speaking engagements including fireside chats, panels, and keynotes. To inquire, please click the contact button or get in touch by email. 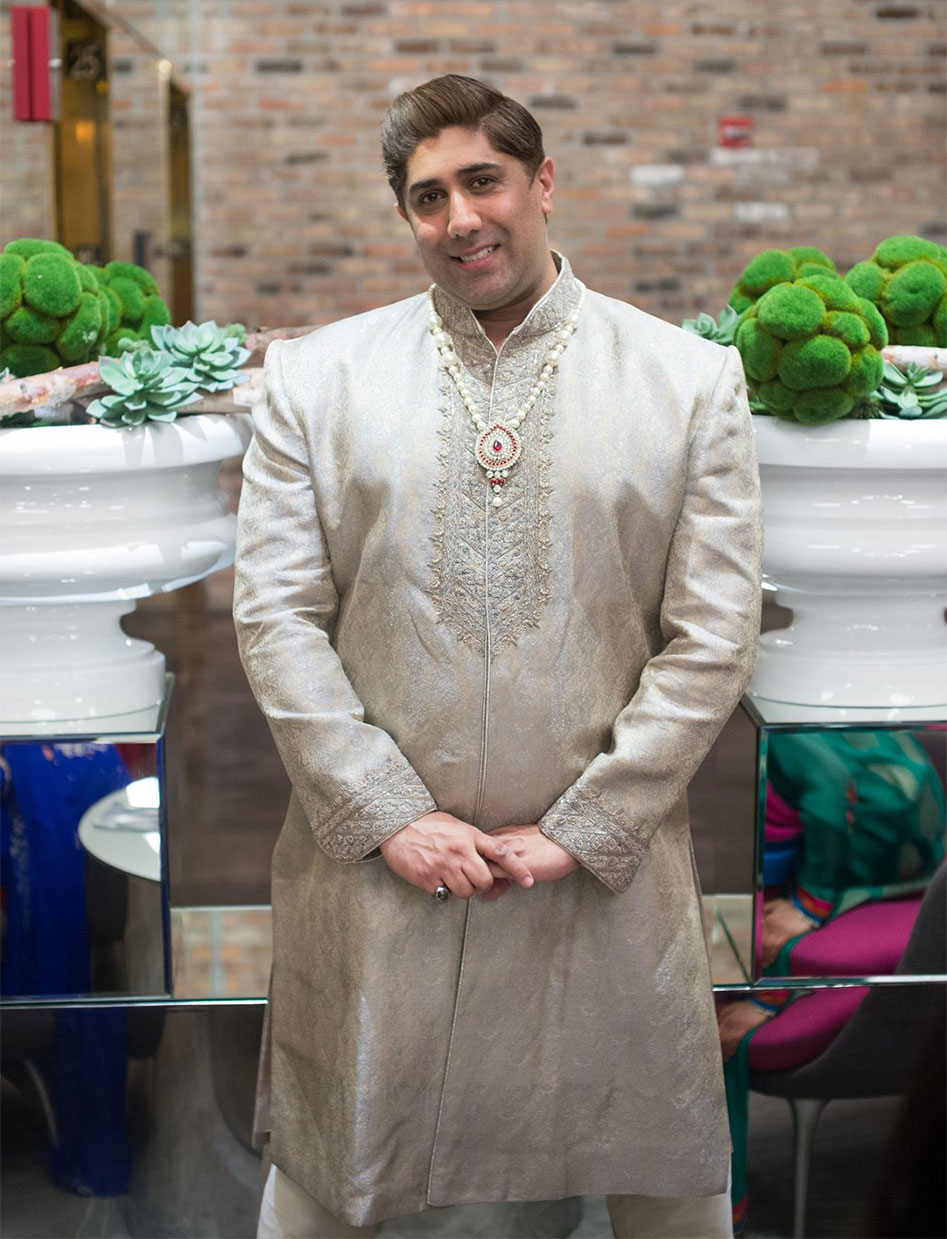 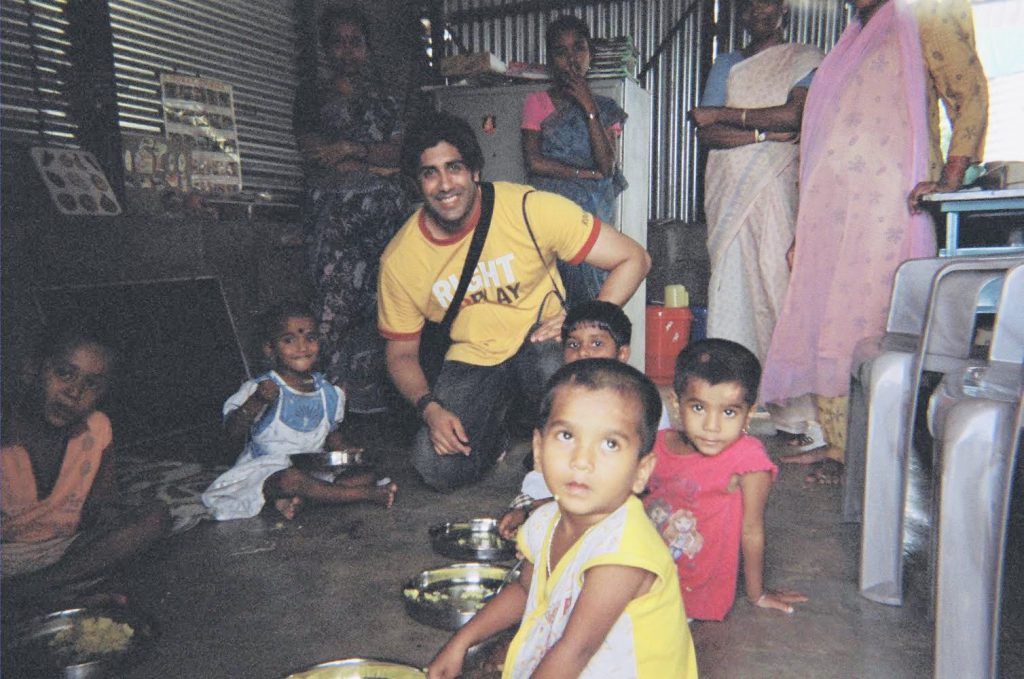 We will never over-email you, sell your info, or intentionally spam you in anyway.